Every mobile device in the world, whether it’s a cell phone or a tablet, has a unique serial number known as the IMEI (International Mobile Equipment Identifier).

In a growing number of countries, operators enable consumers to report a mobile phone or device as lost or stolen using the device’s unique identity number, the IMEI.  The operator can block the phone from their mobile network, which is called IMEI blacklisting. Participating operators have an up to date Device Check database which contains the IMEI for devices reported as stolen or lost, as well as the device model and capabilities.

Groupe Speciale Mobile (GSM), established in 1982, defines the GSM standard as the internationally accepted digital cellular telephony standard. Global mobile connections now exceed some 10 billion connections, and as of 2015, exceeds the total population of the globe.

As a means of controlling this vast number of global connections, which is increasingly important in an age of international organized crime and terrorism, blacklisted IMEIs are provided to the GSMA central IMEI Database which allows operators to exchange data and to block devices on multiple networks both nationally and internationally. 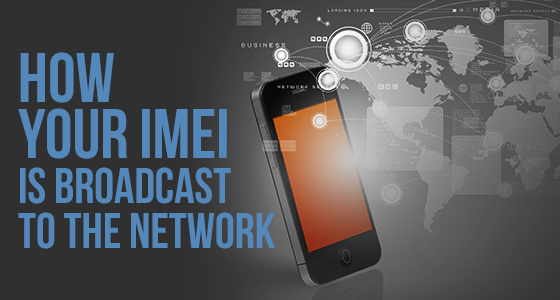 Each time you make a call your SIM card immediately identifies you as a subscriber to that particular carrier.

If your account is in order, then you can make the call and use the services of your service provider. Before that can happen, however, the network will check your phone’s IMEI, which is a number that is unique to every GSM handset.

Like IMEI, Code Division Multiple Access (CDMA) devices also use something similar called an Electronic Serial number, or ESN. The IMEI or ESN identifies the phone to your carrier and it checks that the handset is valid to use. If the phone is locked to another carrier or if it’s lost or stolen your service provider can use the IMEI to “blacklist” a device which means you won’t be able to make calls.

So for example, it’s the IMEI, and not your customer profile that lets a large carrier such as T-Mobile or AT&T know that you are using an iPhone. Even if you switch to a different type of phone, a BlackBerry or an Android, your service provider will know which phone you are using. Even when you jailbreak a phone, your IMEI will still give your chosen service provider the information they need to know. 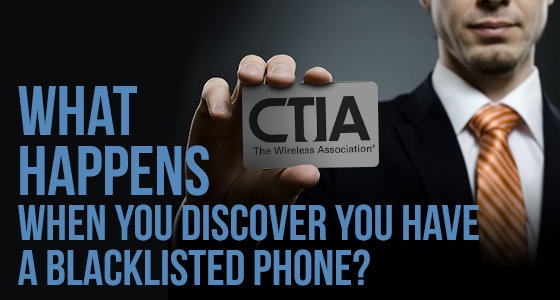 Each time you switch your phone on or attempt to make a call, the network systems check the IMEI number of the handset you are using as soon as you insert a SIM card.

In the USA, the cellphone blacklist is operated by the CTIA, which works with leading cellphone providers including AT&T, Cellcom, Nex-Tech Wireless, Sprint, T-Mobile USA, and Verizon Wireless to provide a vast database of blacklisted phones. They are also linked to the GSM IMEI database.

In the UK, when the SIM card is inserted, the IMEI number of your handset is cross referenced with the Central Equipment Identity Register (CEIR), which is also known as the IMEI database. If the IMEI number of your handset is on the CEIR/IMEI blacklist then the network will either refuse to send a signal to your phone (No signal strength at all or will supply a signal but will not allow any outgoing or incoming calls.

If your IMEI number is on the CEIR your handset is blacklisted and therefore of no use to you or anyone else except for spare parts.

Despite huge efforts by service providers and international cellphone network organizations to clamp down on stolen cellphones, inevitably the system has its shortcomings and criminals can still get around the blacklist database by sending blacklisted handsets overseas.

Which is why cellphone theft still tops the list of stolen items. It’s a crime worth billions every year to international organized crime syndicates. The so-called petty criminal who pickpockets your handset while you gaze into a shop window could be passing the phone on as his part in a global crime syndicate. Also, IMEI’s can in some circumstances be changed or rewritten. Don’t be tempted to try it, it’s against the law and will result in a jail term, but it still goes on.

Another major reason criminals want to get hold of your cellphone is not just to sell it on the international market, it’s the chilling fact that while 77% of users use their cellphones for online banking transactions, less than a quarter of these have any type of security on their phones! Accessing sensitive banking details on an unprotected cellphone is much easier than robbing a bank!

There are also several examples of incomplete data with all of the blacklist databases because the submitting of details is still voluntary. For example, a handset that is barred in the USA could still work in Mexico and vice versa, and a cellphone bought or stolen in the UK can work in a different country. A large number of UK barred handsets find their way to Italy, Spain and France. 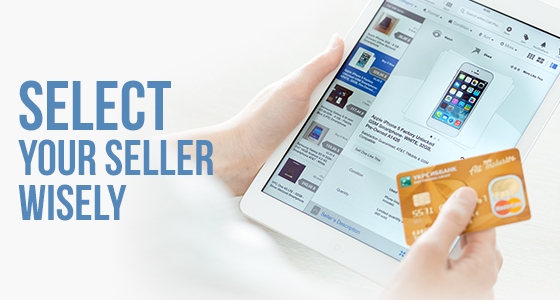 Buying a used cellphone can be a great idea: you can save money, obtain an already unlocked phone, or buy a brand or a particular model you couldn’t otherwise afford.

It sounds ideal, but unfortunately, buying a cellphone that is blacklisted can mean not only is your phone completely useless to you, you could potentially end up with a knock at the door from the police asking some difficult questions.

Think it can’t happen to you? In 2013 over 3.2 million cellphones were stolen in the United States alone, double the amount stolen in the previous year, so this is a fast growing problem. It means millions of cellphones are out there being advertised daily on online auction sites and listing sites around the world that could well be stolen, and you won’t know anything about it until you arm yourself with what to look for and what questions to ask.

If you are buying a phone online, and amazingly, 74% of consumers do, and you see one you want to buy on an auction site or a listing site, first determine whether the phone in the picture is the exact same phone you are actually being offered.

No matter what site you are on you should expect to be able to glean some basic stats about the phone: the color, the correct model number, its storage capacity; all these are vital details in the device description.

The next step is to see if you can contact the seller to ask for the IMEI, if he or she refuses to give you this important piece of information, be wary and walk away. It could mean they have something to hide, and the fact is, there are so many other options you could explore rather than running the risk of a blacklisted phone. For example, Amazon and eBay have a safeguard of profiles and seller reviews that make them more trustworthy than buying from unmonitored websites. Also, Swappa and Glyde, have policies and safeguards in place for buyers. For example, Glyde holds the seller’s payment in escrow until the buyer has checked the device and confirmed that it’s clean and offers a full refund policy if not satisfied. If you pay for your phone through PayPal or with a credit card you should be able to obtain a refund if the phone proves to be blacklisted.

If you are buying an iDevice, Apple now has a service on iCloud.com called Check Activation Lock Status. This enables you to quickly see if a device was obtained illegally. If you have managed to obtain the IMEI serial number from your seller, you can tell if someone used ‘Find My iPhone’ to switch on Activation Lock.

Activation Lock was introduced in iOS 7. It locks down the device, making it unusable until the correct Apple ID and password have been entered. So if you do purchase a bad Apple so to speak, you won’t be able to use it. You can also check how much warranty is left on the device by checking the serial number too.

Buying a cellphone online is always a case of ‘buyer beware’, which is essential for any major purchase from a complete stranger on the internet.

So it really is very easy to do some basic homework before you allow yourself to become stuck with a blacklisted mobile phone.

If in doubt you can also check with the service provider that is hosting the phone or even your own current provider. You can quickly look for free IMEI services in your own country by checking on the internet.

There is also a paid for service called Checkmend but beware, if you use this site and the IMEI is blacklisted, you might just be approached by your local Law Enforcement agency who have direct access to the searches made on the Checkmend website. This could result in an unwanted visit to the police station at an unsociable hour of the day.

What to do once you are certain your phone is not blacklisted ?

This is the easy bit. If you obtain a clean cellphone but you are not happy with the service provider that is hosting it, or you simply want an unlocked phone, UnlimitedUNLOCK offers the web’s largest database of service providers and cellphone models that can be safely, quickly and economically unlocked via remote unlocking, and it can all be done in a matter of minutes. Also, UnlimitedUNLOCK won’t be beaten on price, so if you find a genuine deal elsewhere that unlocks the same model for less, UnlimitedUNLOCK will match it or beat it!

Buying a new cellphone can be a fun and rewarding experience provided you exercise caution and know your facts prior to purchase. Study this article well, ask questions, don’t be fobbed off and walk away if you are in the least bit suspicious. Also, let your friends know about this article by sharing it.