We are following the trends of factory unlocking Samsung Phones. For that reason, UnlimitedUNLOCK has an Unlock service for all Samsung phones including the Samsung Galaxy A51 models. The Galaxy A51 5G (SM-A516U) has two great things going for it - the screen and the price. Last year, three of the top five bestselling phones worldwide were Samsung phones, according to Counterpoint Research, holding the number three, four, and five spots after the iPhone XR and 11. If you live in the US, when you think of Samsung, you probably think of the Galaxy S or Note — but the Samsung phones that sold so well were midrange Galaxy A-series phones. Samsung is making a big push to sell more of these phones in the US with the  Galaxy A51. What makes the A51 different is Samsung’s marketing budget and partnerships. It is available unlocked on Amazon and Samsung’s website, which is significant for a mid-range Samsung device, and it’s also on AT&T, Verizon, Sprint, and Xfinity Mobile. The Samsung Company doesn’t fail to positively surprise their fans with better and upgraded Samsung mobile phone devices.

Compared to the iPhone SE, the A51’s main draw is its screen, a big 6.5-inch OLED. Samsung is saying the phone is “awesome” across three specs: screen, camera, and battery life. The Galaxy A51 has its own charms. It doubles the iPhone SE's on-board storage for the SE's starting price, giving you 128GB out of the gate compared to the SE's 64GB for its cheapest model -- and it supports external storage, too. The Samsung screen is much larger, with slim bezels that make the phone feel modern and committed to little wasted space. The Samsung Galaxy A51 has a fairly large 4,000mAh battery. With a low-powered CPU and a small amount of RAM, you’d hope the device would get killer battery life. Battery life is also on par between the two phones. Both come to around 16 hours in a looping video test in airplane mode, with more lab tests on their way. The Galaxy A51 lasted about 20 minutes longer than the SE in this test.

This year, too, Samsung came forward with unforgettable and magnificent pieces of mobile phone technology. If you already are familiar with the Samsung Galaxy A51 5G, then you already know the Galaxy A51 also stands its ground on the camera front in the typical ways that Samsung phones and iPhones compare: Galaxy photos are more saturated compared to the iPhone's more natural tones. The iPhone SE benefits from optical image stabilization, but the A51's four cameras also give you more shooting options than the iPhone SE. A wide-angle lens is the one we care about most, which is absent from the SE. There’s a 12-megapixel ultrawide and a 5-megapixel macro camera, each of which is more about having fun than getting great shots. Fun is good! There’s also a “5-megapixel” depth camera that didn’t appear to do anything useful, at least as far as portrait mode is concerned. Finally, the selfie camera is 32 megapixels, and it produces photos that often look over-processed. Remove the iPhone SE from the equation and the A51 is akin to the Galaxy S20 Plus for a third of the price. Considering the A51 is substantially cheaper than any phone in the Galaxy S20 family, it's an impressive overall package. That is why the demand for these Samsung devices on the market is ever rising. A complete review can be seen on the GSMArena page. 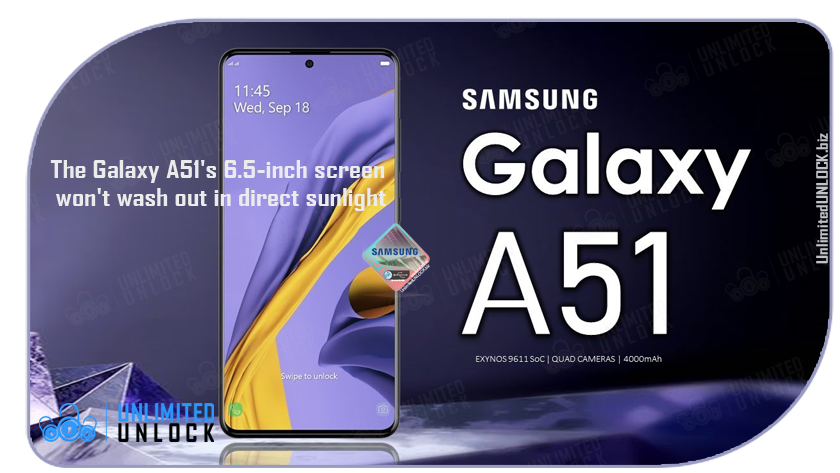 One of the downsides of these fantastic Samsung Galaxy mobile phone devices is the price, of course. Not everyone is financially able to cover the costs for one of these devices. Well, at least not when you have to buy it without signing a contract with one of the carriers which offers them. Once you have signed the agreement you will be able to afford the Samsung Galaxy device and pay for it in monthly installments but along with that comes the SIM lock too. The SIM lock activation means that your mobile phone device can only function with the SIM card of the carrier who sold you the Samsung Galaxy and with whom you have signed the 12 or 24 months contract.

One of the bright sides is that you can always attempt to unlock your brand new Samsung Galaxy - meaning an unlock that will allow your Samsung Galaxy to function on any SIM card by any carrier anywhere (Worldwide).

So, if you have just signed a contract with your carrier and purchased a Samsung Galaxy A51 5G (SM-A516U) have a look at the SIM unlock procedure described below.

And why not? Who is to say that you are bound to use one carrier with your Samsung Galaxy when you can use the services of any carrier in the world you want. You already pay the installments for the device, and you’re bound by law to do so. There is no problem with that. You want the device, and you will pay for it one way or another. But there is a problem when you have to use the services of one carrier only for two years. Let’s say that you have bought your Samsung Galaxy A51 5G (SM-A516U) from Verizon, but most of your relatives use T-Mobile. You are paying more expensive - whereas your relatives are paying less on their monthly bill and have no reception issues. The math doesn’t add up, and all logic points to the fact that you need to change the carrier.

What needs to be done to remove the SIM lock activation from your Samsung Galaxy A51 5G (SM-A516U)?

Get in touch with one of our customer support agent; they will advise you of the best SIM unlock solution for you Samsung Galaxy mobile phone device. 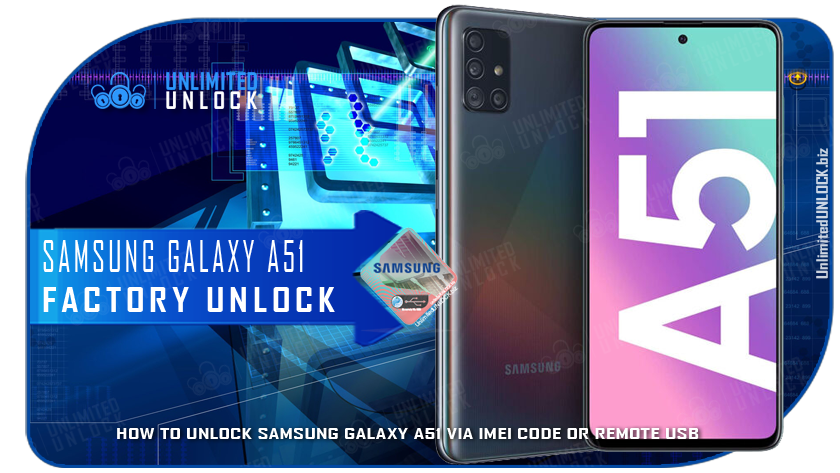 To complete the unlock processes using the Remote USB Unlock for your Samsung Galaxy. You will need to visit the Live Chat link you will receive via email and one of our professional techs will assist you in completing the processes.

The UnlimitedUNLOCK Team is Trusted by Millions and has become an industry innovator and leader providing cellphone unlocking solutions for over 10 years. We've been helping out users from all around the world, and the SIM unlock story ends happily for all whether it is a Samsung, Motorola, ZTE, LG, Alcatel, HTC, Huawei, Sony, Pantech, or iPhone users. There is no reason to doubt this service - there are too many happy clients from all over the world who have already given feedback and are happy to confirm their success story. There is no good reason why you should not trust UnlimitedUNLOCK and have your Samsung Galaxy A51 unlocked.

If you simply have one Samsung Cell Phone to Unlock  -  Let's Get Started by choosing your phone here...

Can I get my Samsung cell phone unlocked online?

Get your Samsung phone unlocked via IMEI Code or Remote USB with no threat to the device’s warranty.

Unlocking your Samsung phone doesn’t request any effort (almost). You just have to send us the phone’s IMEI number and the name of the service provider that locked it. What we’ll do is search several databases looking for your unlock code. Once found, we’ll send it to you accompanied by clear info about what you have to do to unlock the device.

What if there have been modifications to my Samsung phone’s software?

What if my Samsung device doesn’t react to the unlock code?

Here are some requirements you need to follow prior to ordering a Samsung Samsung Galaxy A51 5G (SM-A516U) unlock code:

If you bought your Samsung in the USA and it’s locked on T-Mobile and MetroPCS, make sure you’ve put in place the Device Unlock app. Then forward your request using our Device Unlock App Service.

What do I do in case I have no idea what’s the network that my Samsung is locked to?

There’s no need for you to we've got you covered. You'll be able to get that information by using our Samsung Info Check by IMEI [Manufacturer | Country | Carrier | Serial #] in order to get your device's original network. This service is also used when you want this info for a different reason, such as buying a phone that’s been used, you can get the details you need using our original carrier check.

Let's Get Started by choosing your Samsung Unlocking method here...