What Is An MVNO And How Can It Save You Money

In the United States and Canada, getting ripped off doesn't take any effort, just a signature. When you sign a contract for cellular service, you also sign away your freedom.

If you're using one of the big four carriers, AT&T, T-Mobile, Sprint, or Verizon, chances are you're paying for features you don't need, or worse, don't have a plan that offers all you need. While traditionally, using one of the big carriers gave you better access to service and devices, unlocked devices today are easier to get and most MVNOs have great coverage. Depending on your needs, there's an MVNO that fits your needs better than a postpaid carrier and is cheaper.

Companies, known as MVNOs, offer the same service as the big four network providers, and you don't need to sign a contract to get cellular service. Switching over to an MVNO doesn't require much effort, either. However, a few barriers to entry might prevent many from dumping the big carriers and switching over. All four of them use generally the same technology, but there are some major differences worth noting.

Thankfully, the days of poor interoperability between carriers are behind us, but there are some lingering issues. Even though all the major U.S. carriers have adopted what amounts to the same LTE standard as their high-speed mobile internet offering, they all use different wireless spectrum — also known as wireless bands, or frequencies — to deliver calls, text and, most importantly, data, over the air.

NOTE: One of the best parts about using an MVNO is that you can save even more money by using the phone you already paid for. Even if your phone is technically compatible with a particular network, the SIM slot still needs to be unlocked to work on carriers both in the U.S. and abroad. The unlock procedure differs for each carrier but you'll need to request an unlock either by contacting customer care or by logging into your account.

Don't Be on Contract

Once you sign a contract with a carrier, they own you. The cheap price of a phone on contract disguises the outrageous monthly payments charged by carriers. The simple math, unfortunately, adds up to hundreds more a year, compared to what MVNOs charge. 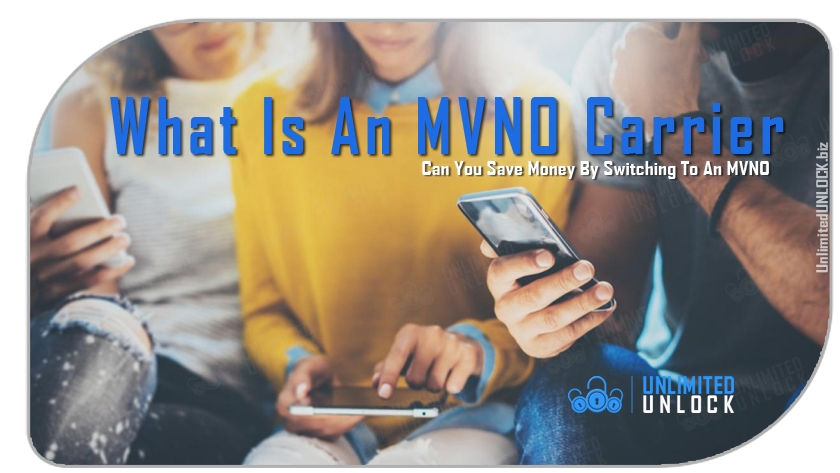 What Is An MVNO Carrier?

So, should you switch to an MVNO? Below you will find 5 reasons to choose an MVNO that’ll help you decide if an alternative to the major cellular providers is right for you.

Picking a mobile service is a big decision, and having reliable cell phone coverage is important. Not only can MVNOs help you save money on your cell phone bill while still getting great coverage, they may offer unexpected perks that the big carriers don't.

NOTE: More than 36 million Americans have switched to MVNOs, which can save as much as $1,000 or more per year on wireless costs. You can save even more if you bring your own unlocked device. Many MVNOs offer BYOD plans, but they don’t offer cellphone unlocking service if your device is locked to your previous carrier and they don't always offer the best (or any) insurance coverage when you bring your own phone. That’s where third party cell phone insurance providers can help.

Like everything worth doing, it takes a little bit of effort to start saving. It works like this: MVNOs are cellular companies that rent broadcast spectrum in volume from the big four networks and resell it to consumers at a substantial discount. Before getting started, you must meet four pre-requirements:

Your Phone Needs To Be Unlocked

Unless you bought an unlocked phone outright, most phones will need to be SIM unlocked before they can be used on another carrier. This has nothing to do with your phone's security (that's a different type of unlocking) and only lets your phone accept programming for a new network. Carriers have their phones SIM locked as a way to cut down on equipment loss — a locked phone only works on the carrier who locked it, and only as long as you're making the payments.

In the U.S., carriers are required to unlock a phone as long as your account is in good standing and your phone hasn't been reported lost, stolen, or involved in illegal activity. Most will also unlock a phone after you've been a customer for a while as a show of good faith. You can get your phone unlocked by the carrier by making a phone call or going into a store. Customer service will be happy to help you provided you've met any obligations they require.

There are also third-party unlocking services like UnlicmitedUNLOCK that will send you a code to unlock your phone. Getting your phone unlocked by UnlimitedUNLOCK.biz is exactly the same as having a carrier do it; once you enter the code, you're good and can use a phone on any compatible network.

Let's discuss the individual carriers themselves, and why your phone — perhaps one you bought from your old carrier or purchased unlocked — may or may not work on the network.

AT&T doesn't power many MVNOs, but it does own one: Cricket Wireless. Like T-Mobile, bringing a phone to an AT&T-powered MVNO is usually no big deal. Most phones sold in the past couple of years work with AT&T. Indeed, AT&T's adoption of the worldwide HSPA+ standard for 3G, plus its standard LTE capabilities, means that even phones purchased overseas should work with Ma Bell.

After you've verified that a phone is SIM unlocked, you need to make sure that your phone has the following bands to work with an AT&T-powered alternative carrier:

Like Sprint, there are many MVNOs that rely on T-Mobile's network, including Mint Mobile, Metro by T-Mobile, and others.

The good news for those bringing their own phones to one of these networks is that there's a good chance if it was bought in the past few years, that it will just work. All that you need is a SIM card and service from the new provider and you should be good to go.

That's because T-Mobile uses a combination of 3G and 4G LTE technologies that have been widely adopted throughout the world, and most phones today, from the Google Pixel to the Galaxy S20, OnePlus 8 and many others, will just work on an MVNO that runs on the T-Mobile network.

To make sure it will work, though, you have to verify your phone supports the following bands:

There aren't that many Verizon-powered MVNO, or MVNOs, in the U.S., so we'll start with the easy one. Companies like Visible or US Mobile, that use Verizon's network, make it pretty easy to bring your own phone. If you aren't sure if your phone will work you can always check on the MVNO's website.

As we said above to work on a Verizon-based alternative carrier, your phone needs to support the following frequencies:

Sprint is, like Verizon, a combination of CDMA-based 3G and modern LTE — though it uses different wireless frequencies. The upside is the same — your phone will need to support CDMA service on 3G in order to make calls and texts, and likely to register on the network entirely. Even if your phone supports Sprint's LTE bands, it won't be able to connect to Sprint's core network.

There are many MVNOs that use on Sprint's network, including Ting, Straight Talk, and Boost Mobile. Most of these alternative carriers have online services to allow you to check whether your unlocked phone is compatible with its host network, though some — like Sprint-owned Boost Mobile — have explicit restrictions. For example, Boost Mobile customers cannot bring most Sprint-branded phones over to its network.

To use a phone on an alternative carrier that connects to the Sprint network, your phone needs to support the following frequencies:

Can You Bring More Lines?

Family plans have always been a great way to save on wireless service. MVNOs like Boost Mobile, Net10, Simple Mobile, Ultra Mobile, PagePlus or Metro by T-Mobile can offer great savings if you can bring more lines to your account and split the cost between users. This works best for families or trusted individuals where you can be sure everyone will pay on time. If you have a group of lines that fits, you can save a lot. Look out for promotions as well. All six of the this MVNOs offer plans for four lines at an average of $25 per line.

Do You Need International Service?

MVNOs have some great options for people that need international service. Boost Mobile has been known for its great service to Mexico with its Todo Mexico add-on plan. If you've been paying extra to call relatives or friends in Mexico or Canada, you can save some money with Boost Mobile's calling options. You also get some roaming data in Mexico making it great if you travel to Mexico frequently.

Another MVNO specialized for international calling is Lycamobile. You can check and see which countries are supported on which plans on the website to make the right choice. Lycamobile also has competitive domestic rates including family plan discounts. If you need to call a specific country that doesn't get a lot of attention from other carriers, there's a good chance Lycamobile has you and your family covered without having to pay by the minute. 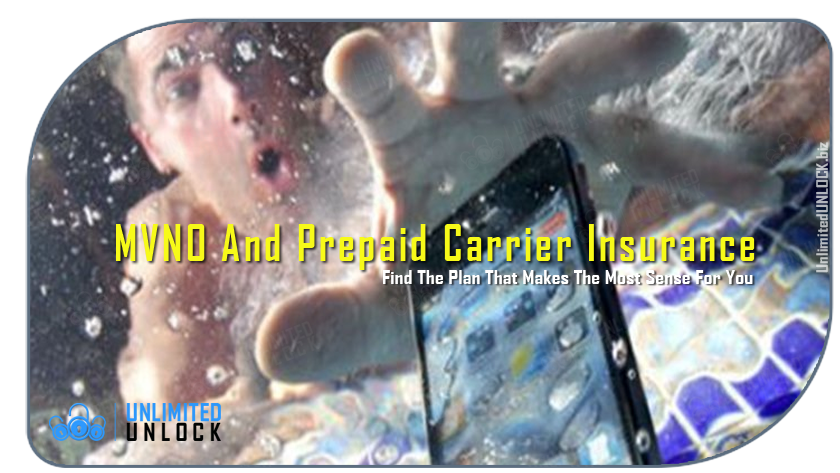 Some MVNOs and prepaid carriers offer insurance when you buy a new phone from them, and some will even cover BYOD devices. For example, Straight Talk’s Mobile Protect Plus covers malfunctions, accidental damage and theft and loss for around $6/month. Deductibles apply, and the program is administered by Asurion – the same company that handles Verizon claims. Not all phones are eligible.

Some devices are also eligible for Cricket Protect, which covers malfunctions, accidental damage, theft and loss for $8 per month. Deductibles range between $10 and $250 per approved claim, with a limit of three claims in any consecutive 12-month period. Eligible devices include the recent Apple iPhone and Samsung Galaxy phones.

If you’re interested in buying phone insurance from your MVNO or prepaid provider, it’s a good idea to ask the same questions you would of a third-party phone insurance company so you understand coverages, costs and claim limits.

NOTE: More than 36 million Americans have switched to MVNOs, which can save as much as $1,000 or more per year on wireless costs. You can save even more if you bring your own unlocked device. Many MVNOs offer BYOD plans, but they don’t cellphone unlocking service if your device is locked to your previous carrier and they don't always offer the best (or any) insurance coverage when you bring your own phone. That’s where third party cell phone insurance providers can help.

Find The Plan That Makes The Most Sense For You

If you are able to narrow down exactly what you need from your phone service, you should be able to find an MVNO that's a great fit for you. When you're looking at buying your next phone, consider getting it unlocked so you can try out a few different carriers to find the one that works best for you. One of the best things about an MVNO is that it's prepaid and contract-free so as long as you own the phone, you're free to take it with you to try another service.